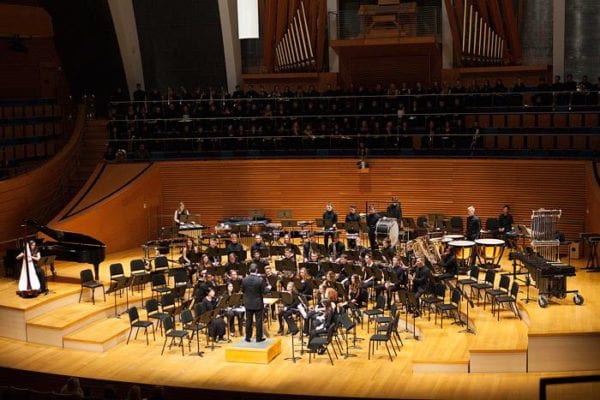 What did you want to be when you grew up? Chances are the answer changed from the time you were in middle or high school to when you graduated college. But some people just know from an early age the career path they want to follow. That is the case with Chase Wallace and Max Rohlf, both currently seniors at the University of Kansas (KU) and doing their student teaching at the secondary level in Overland Park school districts. Chase and Max are applying for band director jobs for next school year. 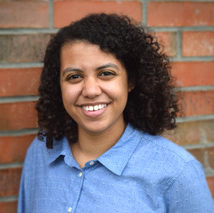 Like many music education students do, Chase and Max started playing a musical instrument in elementary school. And like many students, Chase joined band because a lot of her friends joined in fifth grade, plus her teachers were very supportive of the band program. While she didn’t get her first instrument of choice, the flute, she did play the clarinet, which her parents rented from Meyer Music. For practicality reasons, music teachers recommend renting versus buying band instruments for younger musicians. Students’ interests are subject to change quickly, and renting an instrument is more affordable versus buying until parents are sure their children will stick with band. In eighth grade, Chase stepped up to a performance-level instrument, a Selmer Soloist clarinet from Meyer Music, which she still plays to this day. Chase’s parents turned to Meyer Music again when Chase decided to add a second instrument, a saxophone, during her high school freshman year so she could join jazz band. 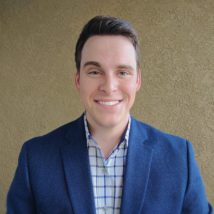 Max’s decision to join band was inspired by two things, musical theater and peers. First, his father was executive producer and president of Starlight Theater. When Max didn’t want to watch the show from the audience seats, he’d go to the orchestra pit and watch the conductor direct the band. Second, the high school jazz band visited his middle school, and Max focused on the saxophone player, Ben. Ben made such an impression on Max that the two remain friends today. “I saw Ben play the saxophone and I went home and very nicely asked my parents if I could get a saxophone. They did, from Meyer Music,” says Max. Elementary school band programs rarely include saxophone, so Max started taking private music lessons from Meyer Music when he was in fifth grade. He had the same saxophone tutor for eight years. “I wanted to get better and improve my technique in solo and ensemble. I wanted more of a challenge. Private saxophone lessons improved my playing level. My tutor made me aware that ‘I could do it [have a career in music].’ He even came to watch my senior recital,” explains Max.

Chase and Max credit their school band directors for giving them big footsteps to fill in the band room, as well as the encouragement to follow their dreams of becoming band teachers. Max says, “My band directors at Prairie Star Middle School and Blue Valley High were very influential. The classroom felt like home and I wanted to create that environment for other students.” Chase intends to mirror her high school band director’s ability to be a friend and set boundaries. “My band director joked around, but at the same time, expected us to excel and achieve. I want to pass that on to my future students. The advice I’ll give to students will be to stick with it. I wanted to quit in middle school, but stuck with it because my mother made me. It was the best decision. I met people I wouldn’t have met otherwise while I was at band camp. Band changes every year, so you’re always doing something different. You may want to quit one year and love it the next,” explains Chase. She got her feet wet teaching music in her senior year of high school, giving private music lessons at Meyer Music. 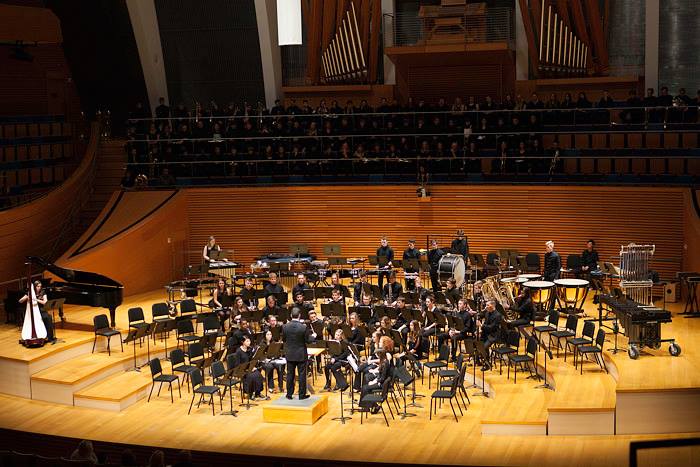 These two future band directors have turned their passion for music into a career and have been able to continue playing in the band during their years at KU. Max has played in the KU marching band and was tenor sax section leader for three years. Also, he played in the men’s basketball band, symphonic band, jazz band, wind ensemble, saxophone quartet and is a member of Phi Mu Alpha men’s music fraternity. During his student teaching semester, he’s helping other students prepare for state. Chase has been in marching band, wind ensemble, university band, men’s basketball band and is a member of Kappa Kappa Psi, a community and band service organization at KU. 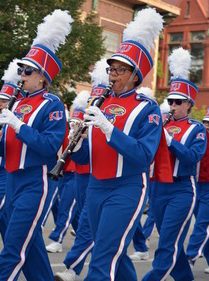 Of course, being the Kansas City area’s source for musical instruments is Meyer Music’s legacy, but education is how that legacy began. Meyer Music opened its doors in March of 1966. Ted and Betty Meyer, founders, were both educators in Kansas City schools and originally opened Meyer Music to supplement their income. Private music education is a critical aspect of our business, and we’re proud to support so many Kansas City area school districts and their band directors and music teachers. We are honored to be a part of paving the road to successful careers in music education for our customers and students like Chase, Max and the many others who’ve trusted Meyer Music over the decades.